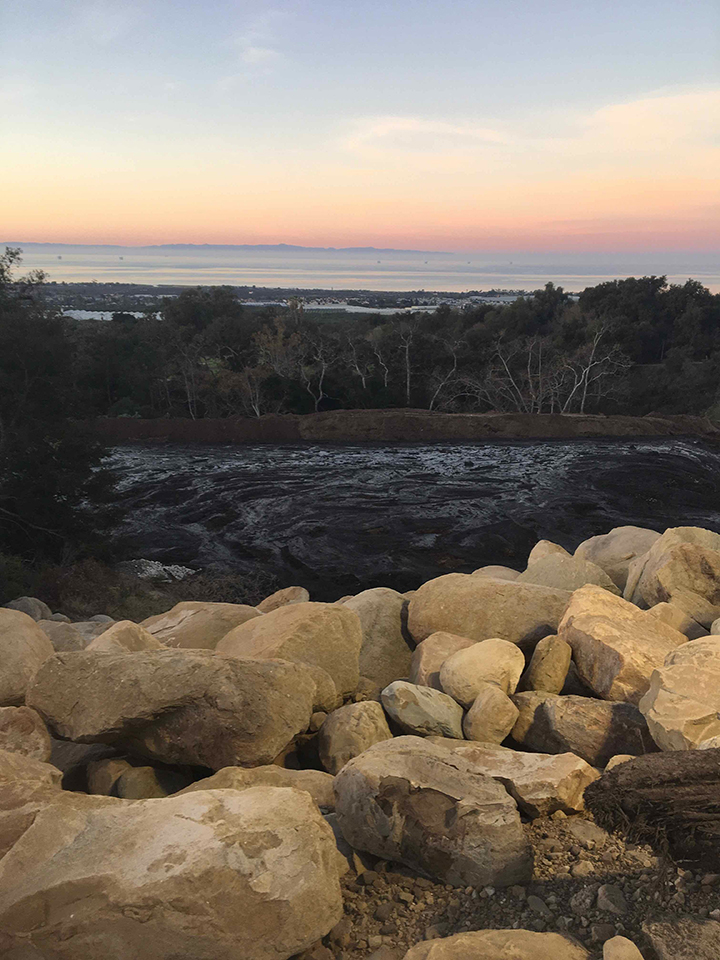 Tribal One teamed with Betance Enterprises Inc. and Granite Construction for the removal, hauling, and dumping of land slide material that filled the Santa Monica Basin. The debris, which consisted of trees, mud, large boulders and a 60’ long concrete and steel vehicle bridge, had filled the basin during the January 9, 2018 mudslides in Santa Barbra County.

The scope of work included: