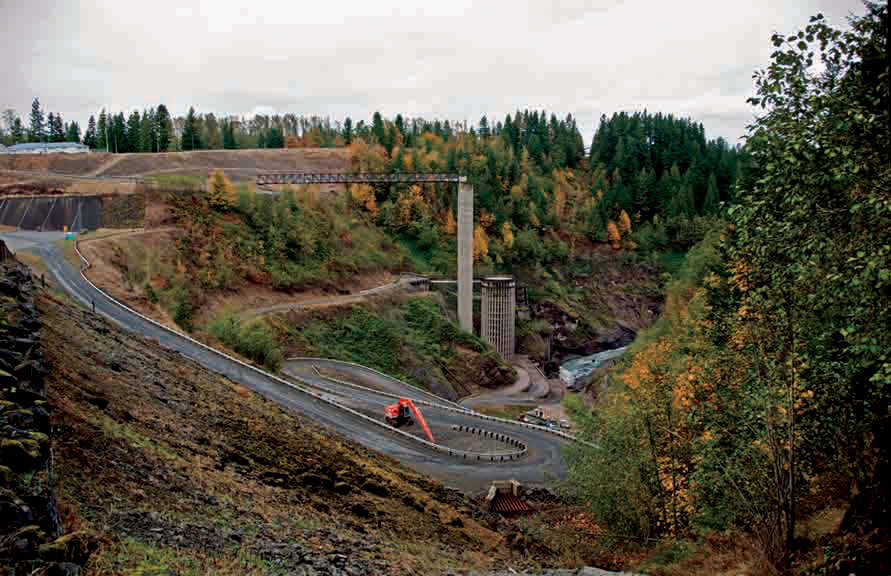 Tribal One’s efforts in the government contracting sector showed significant growth in the last federal fiscal year as its businesses continue to demonstrate their value to agency customers.

Tribal One Broadband Technologies and Tribal One Construction finished a record-setting year with a total of seven contracts awarded at year end.

“Our construction and technology teams have demonstrated a competence and a determination to deliver results that routinely exceed the expectations of our customers,” said Tribal One Development General Manager Brady Scott. “This body of work helped bring direct awards from four new clients in the Pacific Northwest to complete a stellar year for our team members.”

Those new federal customers included the US Army Corps of Engineers (USACE) Seattle District, who awarded Tribal One a contract for a Telecommunications Construction project at Mud Mountain Dam – a flood control dam protecting the lower White and Puyallup River Valleys.

In addition to the Seattle District, Tribal One began work for USACE Alaska District at Joint Base Elmendorf-Richardson.  Tribal One’s new Pacific Northwest Team, based in Oregon, hit the ground running in their first full year of operation with a cable plant upgrade that will bring the USACE Alaska District Headquarters into compliance with IEEE/ANSI/EIA/TIA standards. The project involves multiple buildings and affects over 300 personnel.

The Oregon team also secured Tribal One’s first contract with the U.S. Coast Guard and another with the Bureau of Indian Affairs Northwest Office to replace the HVAC at the Warm Springs Detention Center.

Meanwhile, Tribal One Professional Services, based at the Tribal One corporate office, began work on its first federal contract providing accounting staffing for the USDA Natural Resource Conservation Service offices in Oregon. The contract places yet another Tribal One business on the path to further success.

“In a year that has created tremendous challenges for businesses of all types, our government contracting teams were able to find new opportunities with new customers in new locations,” said Tribal One CEO Judy Duffy. “While creating a great year of growth in 2020, Tribal One, with new teams and new businesses, has set a path for continued growth in 2021 and beyond.”