Veterans work toward tribal self-sufficiency at Tribal One 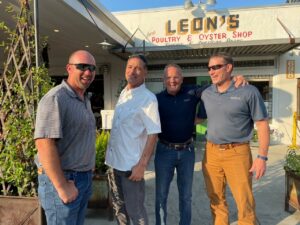 In recognition of Veterans Day and Tribal Heritage Month, we offer this article that appears in the current edition of Tribal Gaming & Hospitality magazine.

In honor of Veterans Day, TG&H spoke with members of Tribal One, the Mith-ih-Kwuh Economic Development Corporation (MEDC), a federally-chartered corporation that is 100% owned by the Coquille Indian Tribe in Oregon.

Tribal One has been a successful entity since 2011 with a diverse team including several military veterans. We took the opportunity to chat with a few of their leaders about their success and the synergies these military veterans have found working for a Tribe.

Build a future with Tribal One. Explore the career opportunities available now.

Ready to build a new project, partnership, or opportunity?